To enjoy better user experience on OpenRice website, we suggest using Google Chrome browser.
Download Google Chrome
Next Time
To continue using OpenRice website on this device, please go to and bookmark www1.openrice.com as we will cease to support devices using TLS 1.0/1.1. To enjoy the best user experience on OpenRice website, please use devices with TLS 1.2.
Go to www1.openrice.com
Next Time
10 Spots Not To Be Missed in Empire Damansara
Nestled in the heart of Damansara Perdana in Petaling Jaya lies Empire Damansara. Just minutes away from the prestigious and affluent districts such as Taman Tun Dr Ismail, Bandar Utama and Mutiara Damansara, Empire Damansara’s Heritage Lane houses a variety of F&B outlets catered for both the young and the old alike. 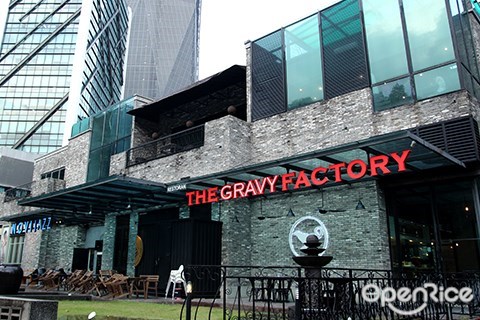 Let's check out some of the most popular eateries in this area! (The restaurants are listed in no particular order. Some of the establishments below are not halal.) Haraju-Cube is the latest addition and the latest craze here at Empire Damansara. Helmed by a Japanese Chef and his partner, Haraju-Cube dishes out their famous Shibuya honey toasts. Each toast is baked separately, with an outer layer of thick toast and 8 mini toast cubes hidden inside. Since the mini toasts are added with honey and butter, do expect a sugar rush moment. The outer layer toast is thick, whereas the mini toasts on the inside are warm, fluffy and soft. Besides their honey toasts, Haraju-Cube also serves a variety of sliced toasts with colorful toppings. But since they are so famous for their toasts, join the queue and be blown away! 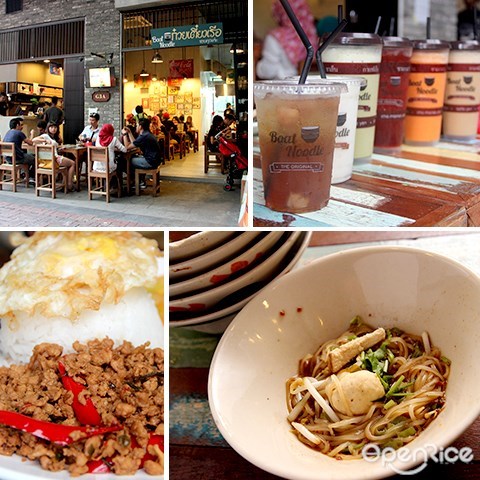 Boat Noodle here is no longer a stranger to many. A place where the lunch and dinner crowd flock to to get their boat noodles cravings fixed. Lately, Boat Noodle has just rolled out a new and bigger menu for their beloved customers. One of the highlights of the new menu is the Ice Blended Thai Tea. A beautiful blend of Thailand’s famous cha-yen. Not too sweet, and definitely thirst quenching! Another crowd favourite would be the Kra-Pow Chicken Rice. Stir fried basil leave chicken with rice and egg. Minced chicken cooked to optimum juiciness laced with the fragrance of the basil leaves will leave one with a satisfied tummy. Located on the 1st Floor, Cat In The Box is not known to many but there’s where the hipsters flock to. Everything found in this place is made from scratch, from their Callebaut Chocolate sauce all the way to hearty pies. Dig into their Chicken & Potato Pie for a comfort, hearty meal. With crust not too thick, this savoury pie has generous fillings, which is a good replacement for one’s lunch. Also, end your meal at Cat In The Box with their signature Callebaut Mocha Brownie with Fat Baby’s Ice Cream. Homemade not too sweet brownies topped with a scoop of Fat Baby’s Salted Caramel. What more to ask for? The one and only F&B in Empire Damansara that sells ramen. What's more, unlike the usual Tonkatsu ramen, Ramen Kanbe serves up bowls and bowls of yummy-licious Shoyu (soy sauce based) ramen. Their specialty is made apparent in the famous Charsiu Ramen. A bowl of delicious homemade ramen topped with Charsiu slices served with Shoyu based soup. Patrons will definitely taste the distinctive Kobe imported shoyu in the ramen soup. For starters, one can also get their hands on Kanbe’s gyoza. The Gyoza was nicely pan fried and the fillings were generous. A good kick start to one’s meal. Seize the day! Located at the Lower Ground, Carpe Diem is a restaurant that sells a range of Korean Italian fusion food. Heard of Claypot Chicken Pizza? Carpe Diem’s version is literally Korean Dakgalbi topped with lots of Mozzarella cheese and then baked to a golden brown hue. An interesting fusion of the famous Korean Dakgalbi and the Italian Pizza concept. Carpe Diem’s Sweet Potato Pizza is also an interesting take to your usual pizza. Instead of the usual Hawaiian Chicken topping, Carpe Diem uses sweet potatoes instead. So one can expect a sweet and savoury meal. 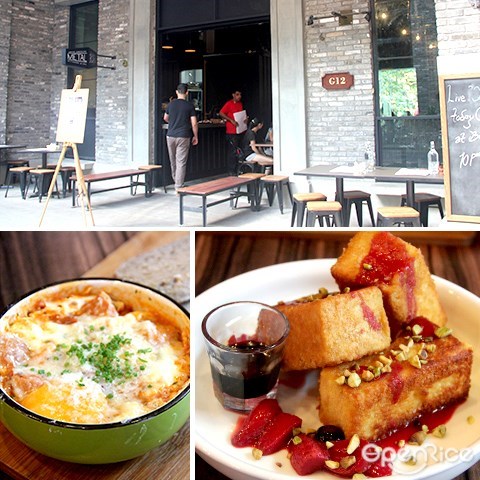 Metal Box is a place where patrons flock faithfully to for their meals be in breakfast, brunch or tea. Metal-box’s baked eggs is usually the crowd favourite, 2 free range eggs with slices of chicken breast, chicken sausages and potatoes baked beautifully and served with 2 pieces of sourdough bread. The whole combination is palatable and a suitable comfort food. One can also dig into their Specialty French Toast, French toast pan seared till golden brown and served berries and a shot of gula Melaka. This dish will definitely end one’s meal on a SWEET note. A crowd favourite for a cuppa of Joe when one is in the vicinity. Dig into their best seller, the French Butter & Maple Syrup Waffles. Classic waffles out of the hot iron, with a slab of French butter on the side, drizzled with maple syrup. The waffles were nicely done, fragrant batter and not too soggy nor crispy. The Lescure French butter that came with the waffles was just so creamy and buttery. Order a chocolatey cup of Iced Chocolate or Iced Latte to go with that waffles. 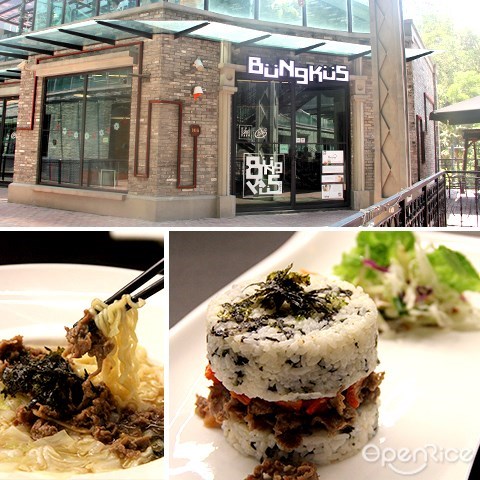 Run by a Korean family, Bungkus introduces Korean fusion food to their patrons, notably the Rice Burgers. The Kimchi Bulgogi Rice Burger is the top selling dish that Bungkus can boast off. A blend of kimchi and bulgogi beef is sandwiched between layers of Korean rice mixed with seaweed bits. The seaweed bits gave the necessary fragrance, and the Kimchi Bulgogi is a mixture of sweet and sour combination. The Bulgogi Beef Noodle, on the other hand, is a mix of Maggie Mee with Bulgogi Beef, which was pretty decent. Craving for some sushi and sashimi? Get them fixed here. Not only that, if one is craving for Agedashi Tofu, Zenjo is the place to be! Silky tofu lightly dusted with corn starch and then fried to golden brown. Bite into the deep fried tofu to reveal the soft filling, which is served with soy sauce, katsuobushi and grated daikon. The Unagi Kabayaki is served with sweet sauce and salad as the side. The butterflied eel was nicely grilled, giving it a crunchy skin, and came in a rather generous portion. 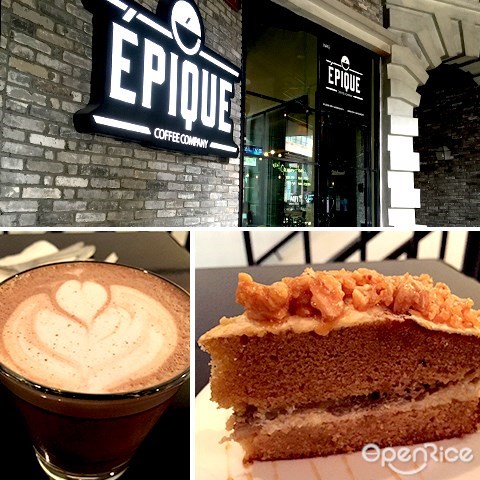 Run by a group of friends, Epique is well known among the locals as the place that crafts beverages to suit the local Malaysian palate. Hop into Epique and one will be greeted by the ever smiling and cheerful baristas. Instead of the usual cuppa, why not try Epique’s Milo Latte? A yummy cup of coffee with a Milo touch to it. It provides the caffeine fix and at the same time, keeps the tummy happy. While one is at it, get a slice of Epique’s Gula Melaka Banana which is a crowd favourite. Fragrant yet not too sweet, with hints of banana beneath. Click here to find out more delicious foods in One Utama.
Discover more best ramen restaurant Find out more top korean restaurant 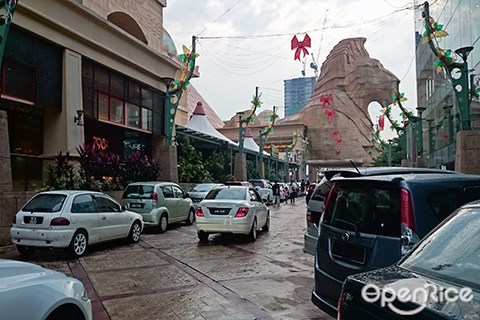 Food and shopping comes hand-in-hand here! So not to worry that you’ll starve while waiting for another half enjoying their shopping spree! 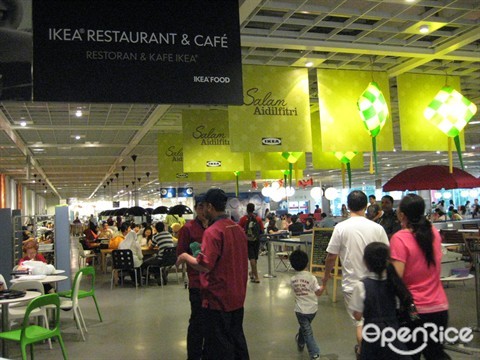 Don't miss out the delicious food in Damansara!