10 Great Bakeries & Pastry Shops in KL & PJ
Growing up in Malaysia with a culture of carbohydrate-heavy diet, breads are undeniably a very important part of the Malaysian daily dose of carbs. Different parts of the world sees different baking preferences: the Japanese with their soft textures and mild flavours, the French with their sophisticate techniques and rich flavours, the Indian with their roti and the European with their rock-hard bread. In Malaysia, we like our bread soft and fluffy, preferably with lots of fancy toppings or fillings. Furthermore, with the increasing influence from the West, the Malaysian taste buds has grown in sophistication, demanding delightful treats such as cakes, pastries, tarts and pies from our local bakeries. Let’s take a look at 10 of the bakeries that has treated the Malaysian market right! The mastermind behind French fine-dine – Café Café - brings a slice of France to KL, Les Deux Garcons is arguably one of the most authentic French bakery in town. Its pastries are highly sophisticated in taste and texture alike. Try Le Marquis – hazelnut-chocolate cream, 72% dark chocolate mousse with crispy feuilletines. Le Bambou, a new creation which sees the marriage of rich green tea with black sesame paste that incorporates French technique with Japanese flavours. Its croissants and macaroons are also to-die-for! With their motto “Just Baked”, RT Pastry strives to ensure that all breads, pastries, cakes are baked fresh daily with finest, freshest and best of ingredients. This is a fusion of Japanese & Taiwanese concept bakery shop. Their best-selling product – the Green Tea Cake – is perfect for birthday celebrations, tea time or snack. The texture of the green tea chiffon roll is light and refreshing with a dash of whipped cream and red beans to give it an exciting flavour and bite. Other than that, its Cranberry Cream Cheese Buns are also the perfect soul mate for cheese lovers.

Komugi is a Japanese confectionery producing a variety of authentic, handmade Japanese breads, cakes, and more. The Hanjuku Cheese is one of its best seller. It comes in two flavours – original and chocolate. The original Hanjuku Cheese is rich, heavy in taste, yet fluffy and light in texture; the chocolate Hanjuku Cheese partners dark and rich chocolate with creamy cheese. Other than that, its Tofu Cheese Cake is also a unique creation, with a wonderfully smooth, silky, and soft texture – just like tofu! 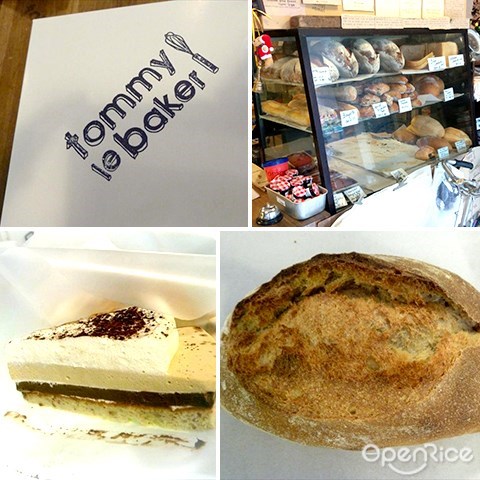 A hidden gem in this residential block, Tommy le Baker is the fruitful labour of a passionate French-trained pastry chef with a desire to revive the traditional values of craftsmanship in the art of bread-making. Tommy le Baker uses the pre-ferment and long fermentation process to nurture the taste and to achieve the full nutritional potential of bread. It specializes in French breads such as sourdough and baguettes and French sweets that comes in the forms of tarts and pies. Savouries such as quiches and sandwiches are also available.

Making a dashing entrance into the beautiful neighbourhood of Mont Kiara is Café Berlin – a German bakery serving an array of German, French and Italian bread. If you’re not a fan of the processed white bread that could be bought from just about any convenience stores in the country, Café Berlin offers a range of premium quality bread made from wheat, seeds and nuts – definitely not just empty carbs. It also does a killer croissant! A home-grown French bakery/café, Bonjour Garden wishes to make everyday a great one for its customers. Its caramel cream cheese series is delightful enough. Available in three flavours – Raisin, Walnut and Cranberry – each one of these buttered rolls are stuffed with generous amount of cream cheese! All-day breakfast are also served on its menu, alongside the usual crowd pleasers of pastas, pizzas and sandwiches. The Seafood Marinara and Salmon Steak with Asparagus are particular to recommend. A hidden gem in Happy Mansion, this is a tiny bakery-cum-coffee house that is too popular for its own good! The baked goods literally vanishes as the clock strikes 12(pm). Thank goodness for its second outlet in OUG! Albeit its limited space, this is a good place for a cuppa alongside pastry of your choice. Located in a quiet street just off the hustle bustle of the KL city centre, this French-style bakery and café housed in a colonial-style bungalow has been and still is a popular haunt for the masses. It boasts over 60 varieties of breads and pastries of premium quality and competitive prices. All of its baked goods are baked in a specially imported stone oven that nurture the natural yeast to rise, ensuring softer texture and enhancing tastes. Amongst the most popular baked goods are the Turkey Ham & Eggs soft bun and Chocolate Mini Croissants. Its café also serves a good variety of pastas, pizzas and sandwiches. Tedboy Bakery is born out of love – it uses all-natural ingredients with no added preservatives, environmental-friendly packaging and it even donates unsold bread to charity daily! Hot from the oven, its mini buns are the best sellers here, which apparently requires a few refills each day! Its kitchen also serves an array of sandwiches, pizzas, burgers and salads and is a great place for brunch! Psst…also do try its freshly squeezed juices! Tous les Jours (pronounced as Too-Leh-Joo) is a French bakery that was incepted in Korea in 1997. Having said that, its baked goods are the best of both worlds – French and Korean. One that should be on top of every chocoholic’s bucket list is the Chocolate Ganache Cake. It is intense with rich dark cocoa flavours and rich, velvety smooth in terms of texture. Meanwhile, TLJ also doubles as a café and serves a variety of breakfast food and sandwiches from its kitchen. Click here for the Chinese version of this article.
Discover more hottest french food restaurant Find out more top chocolate desserts restaurant The typical cheese cake comprises of a thick layer of fresh cheese sitting on a bed of curshed digestive biscuits. 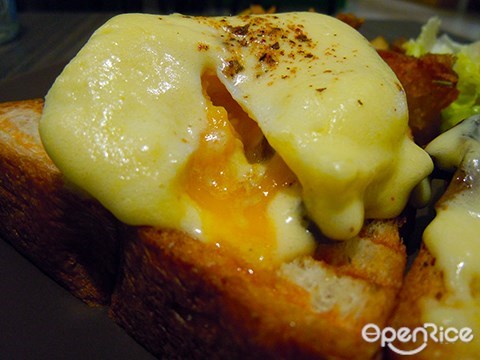 10 Cafes for The Perfect Eggs Benedict!