8 Best Rojak in Penang
* Some of the establishments / dishes are not halal. Those who have attended multicultural buffet events in Penang before would know that the Chinese rojak is always among the local delicacies offered. The rojak, in other words, is a fruit salad usually served with thick, dark shrimp paste and topped with chopped or crushed peanuts. The ingredients of vegetables and fruits would consist of pineapple, mango, cucumber, buah umbra (a.k.a. kedondong), jicama and crunchy fried Chinese cruller (youtiao). The way to eat rojak is by poking the fruits with a thin, wooden stick and dipping them into the sauce. Here are eight stalls on the Penang island that sell delicious Chinese rojak. (Click on the restaurant names for addresses and OpenRice members' reviews.)

Though the stall's name is clearly stated as 'Macallum Street Hock Seng Rojak' on its bright yellow signboard, do bear in mind that it is actually operating in Gat Lebuh Cecil. Its rojak is popular because of how it stands out from the usual rojak that is available elsewhere. The golden, thick prawn paste is a secret recipe that has been perfected by the owner over the years. The paste is drizzled over fruits and cucumbers and then sprinkled with uncrushed peanuts, dried shrimp and dried cuttlefish powder. The rojak here is sold at RM7, RM9 and RM14. Opening hours: 1 to 6 p.m. daily (closed Mondays) When your tummy still grumbles after dinner, you can snack on rojak at stall number 39 at the Gurney Drive Hawker Centre. It is one of the few rojak stalls opened for business after midnight. As it is one of the popular rojak sold on the island, there is usually a line of customers waiting to order the rojak. The prices here are RM4, RM5, RM6 and RM7. Opening hours: 9 p.m. to 2 a.m. daily (closed Thursdays) 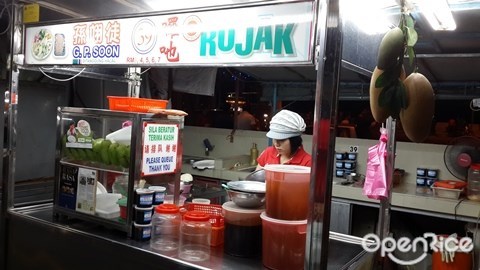 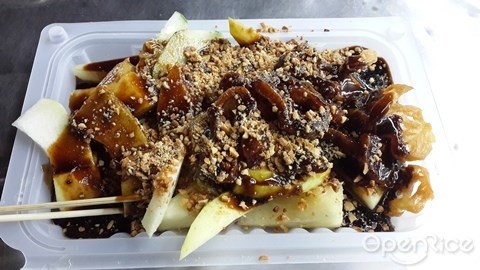 This is another popular rojak stall at the Gurney Drive Hawker Centre. Their shrimp paste has even won a prize in the rojak category when the owner competed in a hawker stall competition. A plate of rojak here consists of the usual fruits and vegetables as well as cuttlefish in their prize-winning shrimp paste. The rojak here is available at RM4, RM5 and RM6. Opening hours: 5 to 11 p.m. daily (closed Mondays and Tuesdays) 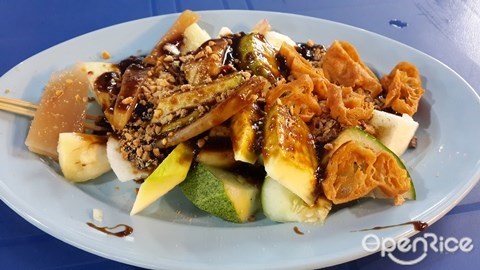 This rojak stall is hard to be missed, as it is driven around on a motorcycle. Just look out for the black and red motorcycle with a stall attached to it at various pasar malam on the island. The seller operates the stall at the pasar malam in Tanjung Bungah, Bandar Baru Air Itam, Sungai Dua and Paya Terubong. You get a generous amount of fruits, vegetables and crunchy youtiao drenched in spicy prawn paste if you have requested for chilli to be added. The rojak is sold at RM4, RM5 and RM6. Opening hours: 6 to 10:30 p.m. 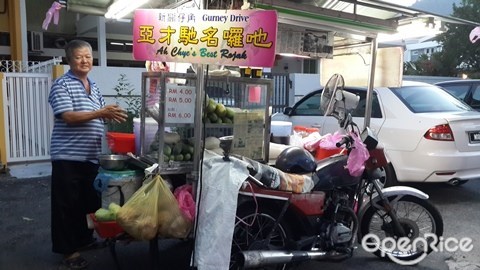 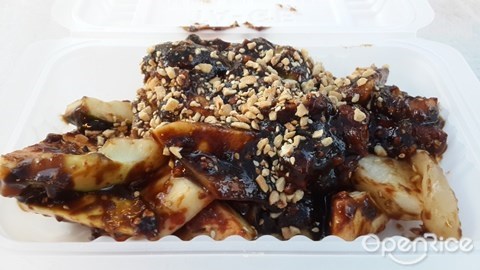 This rojak stall at the Kompleks Makanan Medan Renong Padang Kota Lama (Penang Esplanade) is certainly a crowd-puller. The operators are kept busy throughout the evening serving plates of rojak because of the consistent line of hungry customers. Their rojak has a unique shrimp paste and it is sprinkled with finely pounded nuts and coarsely chopped peanuts. Opening hours: 7 p.m. to midnight daily (closed Wednesdays) Rojak lovers looking for something different can try this stall in the Taman Bukit Jambul neighbourhood. The stall is located beside the famous Kedai Makanan Hou Mei Yuen that sells pan mee. Your plate of rojak is brightened with the addition of colourful prawn crackers, an ingredient not used in rojak stalls elsewhere. It is also a nice eating area because of the shady trees and cooling environment. The rojak is sold at RM3, RM4 and RM5. Opening hours: 11 a.m. to 3:30 p.m. daily (closed Sundays) 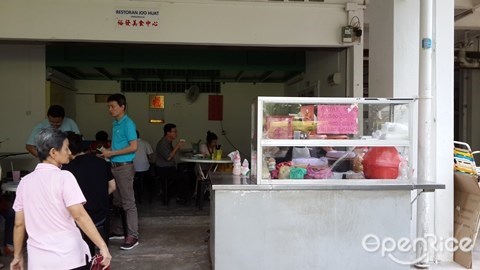 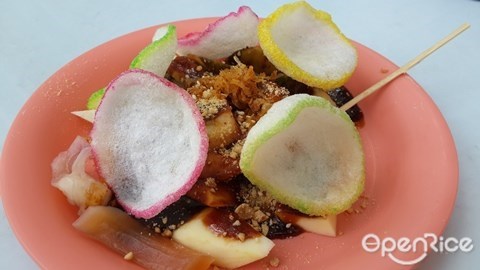 This outlet in the alley of Lebuh Keng Kwee is wildly popular with tourists because of its laksa and rojak. It also provides seating areas for patrons who have ordered cendol from the famed cendol stall on the same road. It is a great place for enjoying three famous local hawker foods under one roof. Opening hours: 10 a.m. to 6:30 p.m. daily 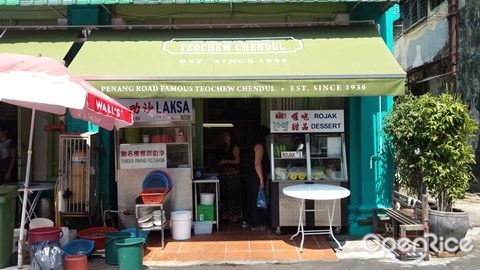 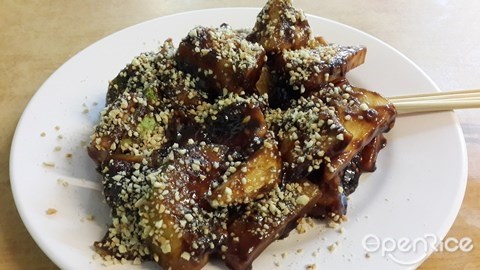 Joo Hooi Cafe in Jalan Penang is another coffee shop in the vicinity where patrons can savour the best of hawker food at one place. This rojak stall is among the notable ones around. At RM5 a plate, you get lots of cuttlefish, fruits, jicama, cucumbers and crunchy youtiao. It is also sold at RM6 and RM7. Opening hours: 11 a.m. to 6 p.m. daily (closed Tuesdays) 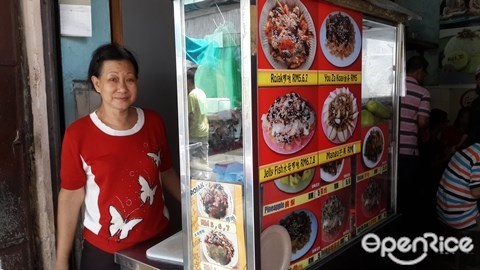 We have selected 10 restaurants and cafés that offer not only tantalizing snacks and desserts, but also cozy and comfortable environment.