Penang’s Kek Lok Si Temple, the largest Buddhist temple in Southeast Asia.
Penang bustles with rich history and culture. By the 15th century, it had traded with China. But it was only put on the map in 1786, when Francis Light, a British East India Company trader, took over the island from Kedah. As the company’s base in the Malay States, it prospered into an international trading post. The Penang then embraced immigrants from around the world. In fact, Old Penang was more culturally diverse than it is today; among others, there were Burmese, Ceylonese, Japanese, Sumatrans, Armenians, Jews, and Germans. Though most are no longer around, they’ve lent legacy to the island’s landscape — as seen through its street names (Gottlieb Rd., Armenian St.) and buildings (the Crag Hotel, the Penang Jewish Cemetery). No wonder the capital George Town was inscribed as a UNESCO World Heritage site on July 7, 2008. Since food speaks of people, a way to learn about Penang is through its food. And the good news? Thanks to its 24/7 roadside food stalls and endless array of inexpensive, tasty street fare, it’s now Malaysia’s food capital and one of Asia’s most sought-after food havens. Penang cuisine is multicultural, reflecting the island’s blend of cultures — from Chinese, Malay, and Indian to Peranakan and Thai. Here are a few of Penang’s classic street foods. Char Kway Teow (炒粿條) A savory amalgam of fresh broad rice noodles (kway teow) and ingredients like soy sauces, chile or sambal belachan, Chinese sausage or fish cake, shrimp, cockles, bean sprouts, Chinese chives, and egg. They’re flash-fried in a wok, over ferocious heat, till smokin’ hot and is punctuated with wok hei. Try Kedai Kopi Sin Hwa, New World Park, Kafe Heng Huat. Nasi Kandar Steamed rice is served with curries and sides, like fried chicken or squid, and vegetables like eggplant and bitter melon. Yet, the best part lies in having curry gravies are ladled over the rice, so much that the rice seems flooded. Try Nasi Kandar Line Clear, Restoran Tajuddin Hussein. 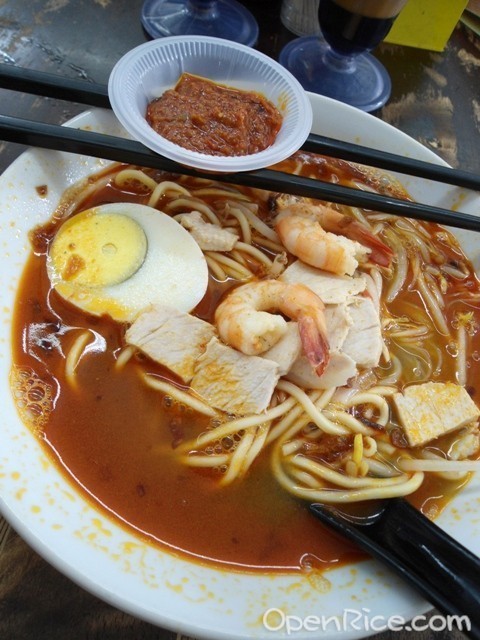 Ikan Bakar Fish — stingray a favorite here — is marinated with spices and, sometimes, sambal belachan before getting grilled. Banana leaf is placed between the fish and the griddle when cooking to impart a hint of sweet creaminess. Try the Ikan Bakar @ Bukit Tengah, Mami Gurney @ Gurney Drive Hawker Centre. 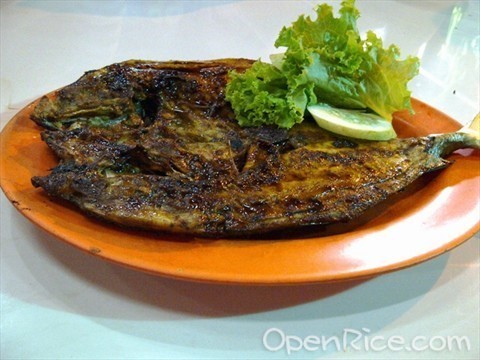 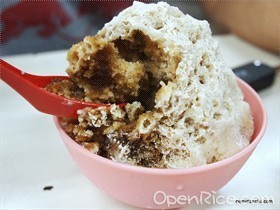 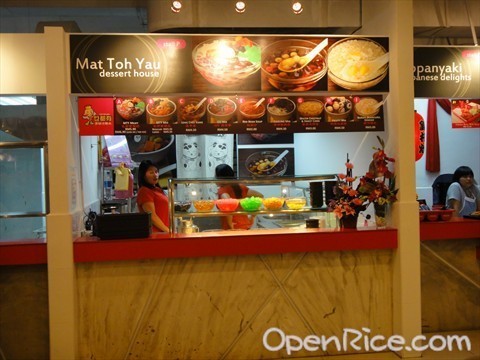 Loh Bak, a.k.a. Ngoh Hiang (五香滷肉) Spring-roll-like delicacy. A savory mixture of ground pork, sometimes shrimp or fish, and vegetables like jicama (sengkuang) or water chestnut gets seasoned with Chinese five-spice powder — from where the delicacy got its name — and rolled in tofu skin and deep-fried. Try Kafe Kheng Pin, Kek Seng, Red Garden Food Paradise. 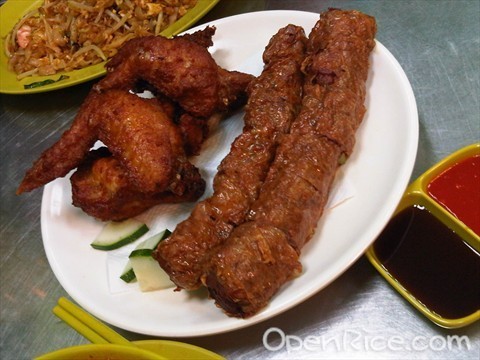 Those are just the tip of the iceberg. Penang — a culmination of centuries of cultural interplay; a year-round destination for the gastronomically adventurous — has much more to offer. Plan on a few trips, or a long stay there, to immerse yourself in the Penangite spirit. You’ll be captivated!