8 Great Coconut Dishes & Desserts to Try in Klang Valley!
Coconut-related food and dessert seem to have become a new trend lately, as we see more and more coconut-inspired eateries springing up in Klang Valley. Coconut, especially coconut milk, has always been widely used in Malaysian cuisine to make the dishes more aromatic. It is also an ideal ingredient for dessert, as coconut water is very cooling and refreshing. 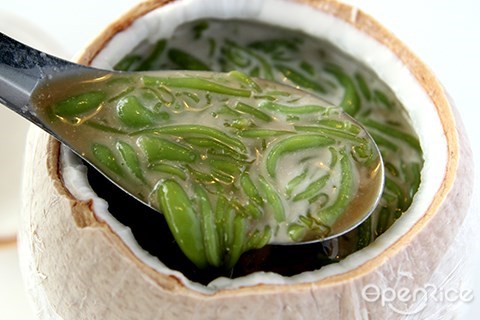 Here are some old and new eateries that are famed for their coconut dishes or desserts! (The restaurants are listed in no particular order. Some of the establishments below are not halal.)

Originally a humble street stall at Jalan Alor, Sangkaya has expanded into a dessert chain with many outlets at various shopping malls. Their Thai style coconut ice cream is a big hit among ice cream lovers, as the ice cream is very rich in coconut flavour with a creamy texture. The signature coconut ice cream is served with 4 small scoops of ice cream on a fresh coconut husk with coconut flesh strips. What's more, customers are free to add as many toppings as they like!

If you like coconut jelly and coconut milk shake, this is the place to be! Tucked away at Oasis Business Center you will find this dessert store in PJ selling all kinds of dessert related to coconut. What’s special about the coconut jelly here is that it is made of pure coconut water with smooth and moist texture. Their coconut jelly can be topped with different ingredients, such as cendol, nata de coco, and aloe vera, to make the jelly even more flavorful! Ye Zi, meaning “Coconut” in Mandarin, is the first restaurant in Klang Valley that serves steamboat with coconut-based broths. This restaurant in PJ has a great view, as it is located at the rooftop at First Avenue. 5 different soup bases are available here, including organic chicken, imperial canton, Taiwanese beef spice, Shao Xing wine seafood and wild forest truffle mushroom soup. All the soups are prepared using coconut-based broth to make the soup more aromatic and healthy. Run by a family in their own house in Jinjang Utara, KL. This small eatery is well-known for its freshly made Coconut Shake. They started offering Coconut Shake when a customer told them how popular the drink was in Melaka a few years back. When the new product was launched, it turned out to be an instant success. Today, most customers come here for their Coconut Shake made of fresh coconut water and topped with a scoop of Vanilla ice cream. This dessert is so refreshing! 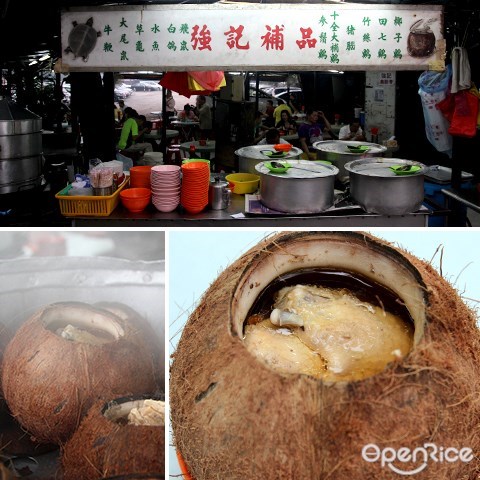 Located at a corner between Jalan Changkat Thambi Dollah and Jalan Pudu, Keong Kee is a well-known street stall in KL offering a wide variety of Chinese herbal soups. The place is adjacent to a spacious open air car park. Enjoy their signature Coconut Herbal Chicken Soup with chicken that is simmered in a coconut husk with a variety of Chinese herbs, adding a heavy herbal taste to the soup. The soup is believed to be able to help restore moisture. Located at a secluded place in Teluk Gong, Coconut Flower Restaurant is famous for both seafood and coconut wine. They are one of the earliest restaurants that serve Coconut Tom Yam Prawn, which is prepared in a young coconut shell. The tom yam soup is rich in spicy flavours with a light aroma of coconut, so appetizing! There are some smooth and tender coconut flesh in the coconut too! Ever imagine what coconut milk mixed with bird nest would taste like? You can find this premium dessert at Hui Lau Shan, a dessert chain from Hong Kong. They call it the Heavenly Brew, which is fresh coconut milk with bird nest served in a real coconut shell. It can be served cold or hot. We tried the cold version, which is absolutely refreshing. The coconut milk matches very well with the tender bird nest! What’s better than having a bowl of refreshing ABC on a scorching hot day? This ABC stall located beside YMCA in KL has been serving sweet and cold shaved ice dessert for many years. Their signature ABC is served with cincau, red bean, corn and cendol. By adding only 70 cent, you can ask for a special version of ABC topped with tender coconut flesh strips. However, it takes a bit of luck to enjoy this ABC, as it is only available when they have enough young coconut. Visit these restaurants and stalls today for creative coconut dishes and desserts! 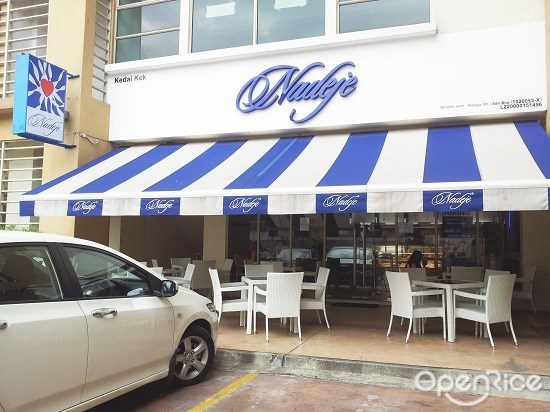 Here are our pick of K.L.’s five best crêpe cakes, all of which you shouldn’t miss! 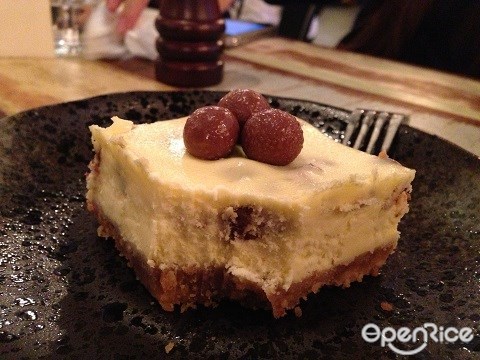