8 Amazing Food in Puchong - Part 1
Two things are often associated with Puchong – traffic and food. Despite frequent complaints of Puchong’s heavy traffic, hordes of people are still seen flooding the area to fulfill cravings for a yummy meal. The tide of hungry tummies has in turn led to the sprouting of new eateries around the area, eager to please and serve the growing crowd. Below are some of the better bets around Puchong. (The restaurants are listed in no particular order. Some of the establishments below are not halal.) 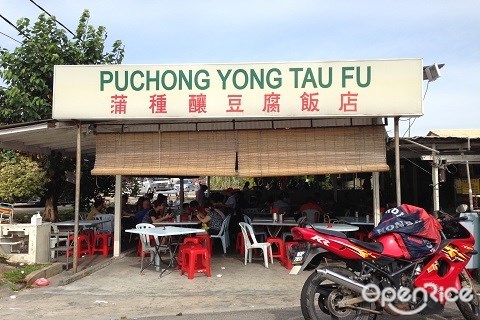 Perhaps one of the most renowned eateries in Puchong, and arguably one of the best yong tau fu in town. Making a trip to the secluded area of Batu 14 will only be worth it for cheap and good food as such. The yong tau fu here is made on the spot. Yet, its service is surprisingly efficient considering the high table occupancy. Head over to the ingredients area to select your choice items, including tofu, eggplant, okra, bitter gourds, crab sticks, dried bean curd skin (foo zhook), and yau char kwai. Customers may also specify if they want the items deep-fried or cooked in soup. 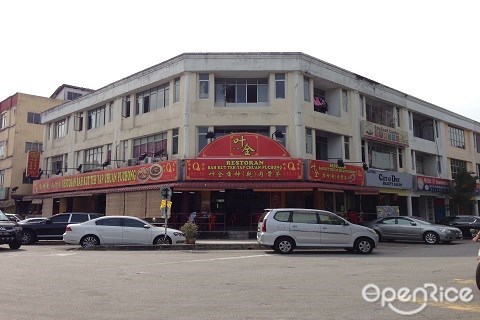 Who says good bak kut teh only exists in Klang? In fact, the bak kut teh here is one of the better ones outside Klang. It comes in the usual soup and dry versions. It is intensely but pleasantly herbal. Surprisingly, steamed red snapper is also one of the famed dishes here and certainly worth a try! Sukishi actually falls under the same reign as the popular Sukiya, which has seen long queues at many of its branches. What sets Sukishi apart, however, is that it serves pork slices in addition to the chicken, beef, and lamb slices served in the regular Sukiya outlets. Besides, all other ingredients available in the buffet line are similar, such as different types of mushrooms, vegetables, and meatballs. Choices of soup base available are also the same — sukiyaki, kimchi, shabu-shabu, or miso soup. Twenty years of legacy sits behind this, a popular spot for clay pot chicken rice that has attracted media attention. Each pot is made to order and cooked with charcoal in order to produce the fragrant chicken rice. Bits of salted fish are added to enhance the fragrance. While waiting their orders to be served, patrons may indulge in a variety of soups. The bestselling coconut chicken soup is often sold out before long. Cravings for Hong Kong cuisine can be satisfied here without needing to burn a hole in your pocket. The restaurant is famed for its wonton noodles, roasted meat, and porridge. Other local delights such as pork noodles, curry noodles, and fried rice are also served. Nevertheless, its signature wonton noodles remains a highlight with its springy texture with no alkaline taste. Pork lovers rejoice! Die-hard pork fans can find everything in the name of pork here, in fact, only a handful of items on the menu are pork-free. Besides old-time porky favorites such as roasted pork, pork burgers, and pork chops, do expect traditionally halal local dishes with a porky twist, such as nasi lemak with char siew and pork rendang. Puchong was not excluded from the blooming coffee culture in the country. Here, specialty coffees brewed through different techniques, such as siphon, hand-drip, and French press, are served. Light foods are also served, while cakes are supplied by local baker Cake Tella. Affogato is also a unique affair here — a single shot of espresso is accompanied by Forty Licks’ ice cream of your choice! Having unusual midnight cravings for coffee and cakes? Originally from Taiwan, Donutes is a 24-hour bakery/café that caters to such needs! A popular joint in the area, expect difficulties in getting a seat even at 1am in the morning on weekends. Drinks here are lovely, while cakes and breads are satisfying enough to soothe sugar cravings.
Find the Best Yong Tau Fu in Klang Valley Hunt for the Best Bak Kut Teh in Klang Valley

F&B scene is also flourishing with the increasing population. So, here are another 10 restaurants that you must try in the Puchong.